Employees of the Department of FS 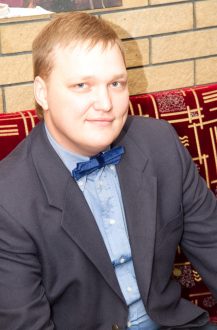 In the year of 2007, he graduated from the Faculty of Philosophy, V. N. KarazinKharkiv National University in the specialty “The philosopher, lecturer of philosophical disciplines”, with distinction. He is Candidate of Philosophy, Specialty09.00.03. – Social Philosophy and Philosophy of History. The subject of the thesis is “Antithetic of positive and natural law in sphere of legitimation of policy”, ДК №068111.In the year of 2018, he obtained rankof Associate Professor of the Department of Philosophy and Sociology, АД №000898.

Member of the Sociological Association of Ukraine (SAU). 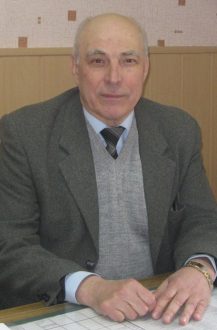 From 1975 to 1978 he worked as an assistant at the Department of Philosophy and Scientific Communism of the Kharkiv Institute of Transport Engineers (now the Ukrainian State University of Railway Transport UkrDUZT). He taught a course of dialectical and historical materialism and scientific atheism. From 1978 to 1981 he completed full-time postgraduate studies at the Faculty of Philosophy of the A.A. Zhdanov Leningrad State University, where he got his PhD in 1981. Since 1981 he has been working at the Ukrainian State University of Railway Transport.

In 2008 he got his doctoral degree at the Oles Honchar Dnepropetrovsk National University with his dissertation entitled “The philosophy of European adogmatism: the paradox of the faith of Siren Kirkegor and Lev Shestov’s Sola fide”, with a specialty 09.00.05 – The History of Philosophy.

In 2011 he got the academic degree of professor.

Direction of scientific activity: history of philosophy, namely, research of the critical aspect of philosophical reflection. In 2012 he founded the series “Philosophical Classics in Ukrainian Translation”.

Author of more than 180 scientific works and educational and methodical developments, including: 161 scientific, 19 methodical. 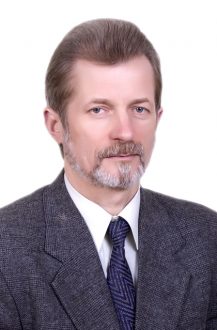 Since 1982 he has been working at the Department of Philosophy and Sociology (formerly Philosophy and Scientific Communism). In 1988, after graduation from Taras Shevchenko State University of Kyiv, defended his PhD thesis in philosophy. In 1991 he was awarded the academic title of associate professor. At the Ukrainian State University of Railway Transport he went from assistant, senior lecturer, associate professor to the dean of the Faculty of Humanities. From 1996 to 2010 he headed the Department of Philosophy and Sociology. In 2010 he defended his PhD in philosophy. Today he is a professor at the same department. 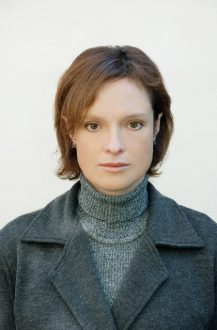 Received a PhD academic degree  in psychology in 2010, defended the thesis “The psychological peculiarities of coping by students with difficult life situations ” at the M.Dragomanov National Pedagogical University, Specialty 19.00.07 – Pedagogical and Age Psychology.

Author of 73  among which: educational and methodological – 17 (including 7 – recommended by the Ministry of Education and Science of Ukraine and of the Academic Council of the University). 19 – published in Psychological Journals and presented in international scientometric databases 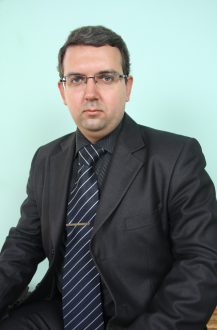 PhD degree awarded in 2006. He defended his PhD thesis at the Specialized Scientific Board K 64.702.05 in the Ivan Kozhedub Kharkiv University of Air Forces in specialty 09.00.03 – Social philosophy and philosophy of history.

Scope of scientific interests: Information society and prospects for its development in Ukraine (socio-philosophical analysis). New approaches to media communications. Information space and its features. Media as a social engineering tool.

Member of the Sociological Association of Ukraine (SAU). 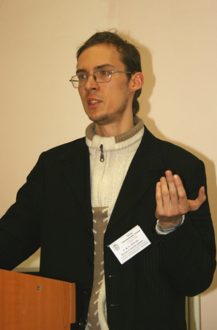 In 2003 he entered the postgraduate course of the Department of Theory of Culture and Philosophy of Science of Kharkiv National University, which he graduated in October 2006. 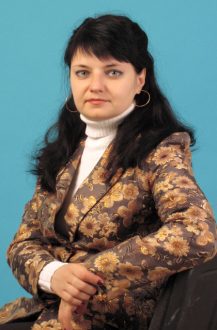 Education: In the year of 1996 I graduated from the Ukrainian State Academy of Out-of-Town Transportation for the Specialty Accountingand Audit. In 1999, she graduated from Karazin Kharkiv National University for the specialty “Psychology”. From the year 2000 to 2003. I graduated from postgraduate study Karazin Kharkiv National University for specialty 09.00.01 – Ontology, epistemology, phenomenology. From september 1 2003. I was a principal at the Department of Philosophy and Sociology at the Ukrainian State Academy of Public Transport for the assistant. In december 2004 cleared a candidate dissertation for the topic: “Science and Artistic Recognition: Specificity and Interaction.”            December 2006, she received the position of Assistant Professor of the Department of Philosophy and Sociology of the Ukrainian State Academy of Railway Transport, and in December 2008 – the rank of Assistant Professor 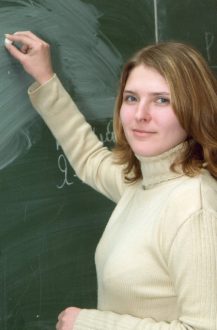 From 2001 to 2005 she was a full-time postgraduate student at the Kharkiv State Academy of Culture. The topic of her research was “Socio-pedagogical conditions for students’ adjustment to the educational environment of a higher education institution”.

Age and pedagogical psychology, theoretical and practical issues of development of personal responsibility, psychological measurement of personality development as a future specialist; innovative methods of teaching and training in higher education institutions.

Author of 40 scientific publications and teaching materials including 33 scientific, 7 curricular.